It is no secret that a garage is a great workspace. These multi-billion dollar companies that started in garages became household names. Their founders did not know the ultimate value of what they were creating in their garage, but we know they would have chosen, Overhead Door of Western Kentucky™ to protect their start-ups.

With its recent acquisition of Whole Foods, Amazon is slated to change more than just the online retail market. As Amazon grows, it is hard to believe that it was created with an initial investment of $40,000 and a garage. Now, the company is worth billions.

For a company that connects so many lives worldwide, it is hard to believe that it all started in the garage of Steve Jobs’ parents. Jobs and his partner, Steve Wozniak, sold their first computers for $500 each. Today, Apple is regarded as the most valuable technology company in the world, with more than 700 million iPhones in use worldwide.

Nearly 100 years ago, Walt Disney filmed his first movie in his uncle’s one-car garage. The Disney Company was once considered to have no hope of success in the film industry, facing bankruptcy and other hardships. Today, the company is the highest-grossing media conglomerate on the planet. The Disney Land amusement park in California is just north of the garage where the company began.

The world’s most used search engine was created by Larry Page and Sergey Brin in 1996. The website began as a research project for the two Stanford students. They decided they needed a better workspace, so they rented out a friend’s garage. Since its incorporation in 1998, Google has helped pioneer everyday applications including email and file-sharing. Google is currently ranked second on Forbes’ list of the World’s Most Valuable Brands.

Bill Hewlett and Dave Packard founded HP in 1939 from Packard’s garage. Their first product was an audio oscillator, a device that produces one pure tone at a time, which they sold to Disney. Today, HP is one of the most recognizable computer equipment brands in the world, and is currently valued at more than $25 billion.

There are a countless number of companies that started in a garage and changed the world; Harley Davidson, Yankee Candle Company, Microsoft, and Lotus Cars all started in garages. Don’t be afraid to pursue your passion and join the likes of Steve Jobs and Walt Disney. Just be sure your work is protected with the superior quality of the Overhead Door Company of Western Kentucky™. 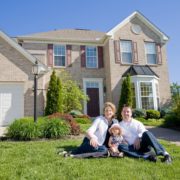 Make Your Garage Safe for the Whole Family 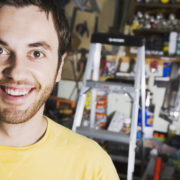 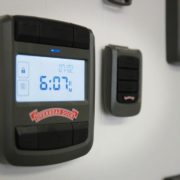 What to Know About Garage Door Opener Models 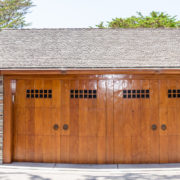 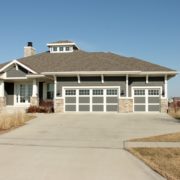 Securing Your Home Before Going On Vacation 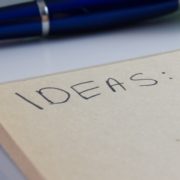 A New Year with Overhead Door™

Securing Your Home Before Going On Vacation

Make Your Garage Safe for the Whole Family
Scroll to top